It started with a dream, now our heads are in the clouds

Strategic Blue started with a dream. The dream to become the pre-eminent trader of cloud resources, making markets for all of the major hyper-scale public cloud providers. 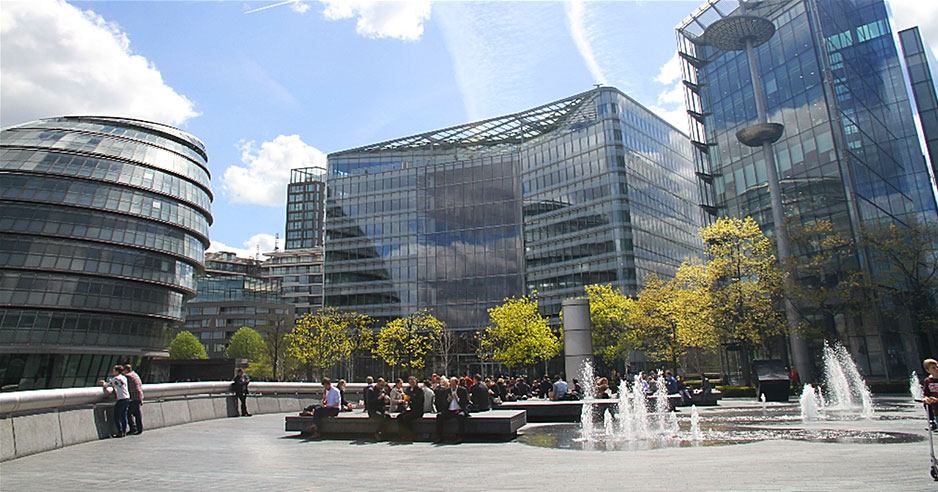 Our CEO Dr James Mitchell, who comes from a Renewable Energy background, had a wish to minimise the Carbon footprint of IT services. We believe this can be done by delivering efficient pricing and risk management services to the benefit of customers of cloud services globally.
Founded in 2010, ex Morgan Stanley UK Power Originator Dr James Mitchell started a journey to have his head in the clouds.

How it all started

James came up with the notion that Morgan Stanley should trade computer processor time, but then found out about cloud computing and later about Amazon Web Services.
The notion was that electricity would become the dominant cost driver for running computer servers at scale. Selling cloud computing on fixed price contracts could therefore act as a hedge to purchases of power on fixed price contracts from power generators. This was the same rationale that led banks to go from trading money to trading precious metals and coal and gas traders to trade electricity, and electricity traders to trade aluminium. The pricing is all related.

Looking to the future

Strategic Blue was funded as a project by Morgan Stanley for nearly two years, until it became clear we were far too early to market. Nevertheless, a series of investors believed it was a question of when, not if, cloud would become tradable like a commodity, along similar lines to how electricity markets developed.

Speak to a cloud expert

Complete the form below and one of our cloud specialists will be in contact to discuss your requirements.

This website uses cookies to improve your experience while you navigate through the website. Out of these, the cookies that are categorized as necessary are stored on your browser as they are essential for the working of basic functionalities of the website. We also use third-party cookies that help us analyze and understand how you use this website. These cookies will be stored in your browser only with your consent. You also have the option to opt-out of these cookies. But opting out of some of these cookies may affect your browsing experience.
Necessary Always Enabled

Any cookies that may not be particularly necessary for the website to function and is used specifically to collect user personal data via analytics, ads, other embedded contents are termed as non-necessary cookies. It is mandatory to procure user consent prior to running these cookies on your website.